BUILDING AN AIRSHIP IN WEWAHITCHKA

Home/Uncategorized/BUILDING AN AIRSHIP IN WEWAHITCHKA

By Tim Croft, The Star

Behind the brick walls of the Industrial Park in Wewahitchka something aerial is going down.

Work continues on the tethered airship, or “mothership,” being created by Skyborne Technology, an UAV Corp. company.

The airship will be a centerpiece of the disaster response and recovery technical center to be created at the Gulf/Franklin campus of Gulf Coast State College.

The airship, in fact, and Skyborne, which is also involved in unmanned flight via drone development and manufacturing, is part of the match to a Triumph Gulf Coast grant to help fund the $9 million technical center program.

The entire goal of the project was borne of issues after Hurricane Michael.

Mike Lawson, CEO of Skyborne, said the company is also now integrating specialized optics onboard a new drone which will include a stereo infra-red (IR) camera with high resolution.

“In addition to the IR optics, we are adding a 4k video optics package with gimble for real time imaging,” Lawson said.

“All the drones will be able to communicate and stream video through the airship for disaster relief and other usage.”

In addition, the finished cockpit, built by Monumental Fabrication in Port St. Joe, is ready for integration of the wiring harnesses for the avionics suite and manned/ unmanned communications, Lawson said.

The outer envelope is well under final construction for certification as well as other critical hard structures.

The hope is to have an official launch of the “mothership” in the fall.

DOWN SOUTH TOURISM AND TRAVEL 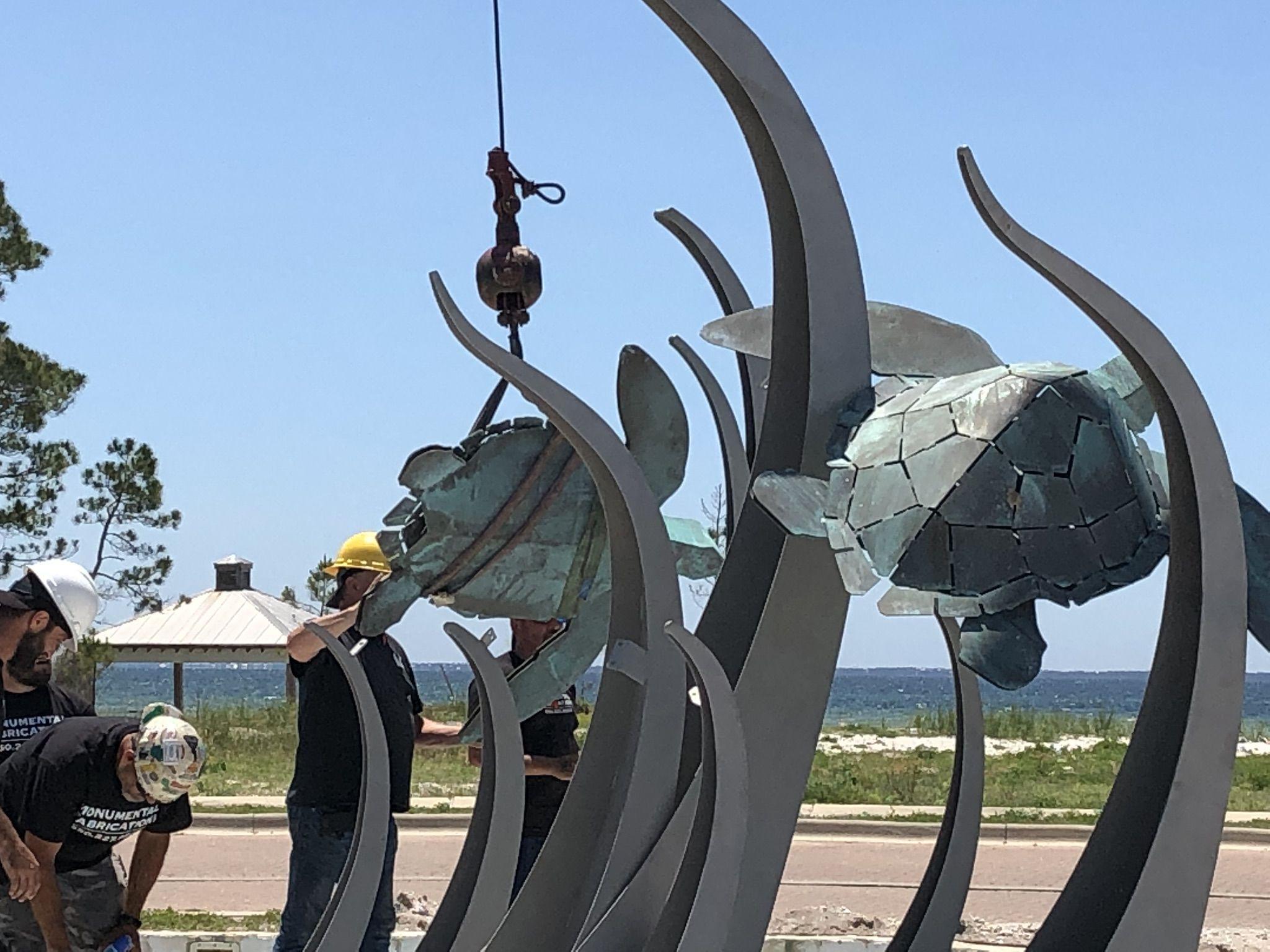 A MONUMENT TO SEA TURTLES